Hydraulic oil for marine use

The pressure bearing media in a hydraulic system can be many different fluids, in which oil is most common.

An introduction to hydraulic oils

The hydraulic oil must be able to:

Improving the properties of hydraulic oils

To improve the properties of hydraulic oils, they are normally mixed with different additives, the most common are anti-corrosion, anti-foaming and anti-oxygen.

Oil temperature is very important due to several factors, one being the viscosity. The oil viscosity changes with the temperature, which makes it very important to choose the correct oil, that has a viscosity that gives the best compromise between lubrication ability and pressure loss at operating and ambient temperature.

Common problems with oil in a hydraulic system

The three most common problems with the oil in a hydraulic system are impurities, air and water. We will look closer at impurities in a blog article on filter technic.

Air is most common right after installation and during high seas. It is important to bleed the system from air during commissioning. A hydraulic system containing air will not operate properly and can be observed visually or auditive. Air is compressible and a system containing air will seem spongy or springy. In addition, pumps and motors can experience cavitation which can be heard quite easily, even an inexperienced operator will be able to hear that something is wrong.

The second pollutant is water. Water can come in to the system from many different sources, among the most common are the ambient air as the oil tank breath air. The tank needs to be drained now and then. It is strongly recommended especially for larger system to do this regularly. The oil cooler in many marine systems are water cooled and leakages will appear, especially after long standstills 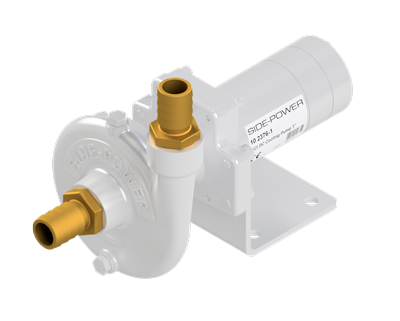 in low oxygen water. Here there is an increased risk of mycobacterial caused corrosion. A correct dimensioned water cooler will have limited corrosion risk, but too high water flow, a drained and not corrosion protected oil cooler will eventually leak.

The water emulates with the oil, which becomes milky white, smaller water contaminations can be fund by pouring an oil sample in a clear bottle or glass after 5 to 10 minutes, if any, the water will separate for the oil in the bottom of the glass due to the density difference between water and oil.

In my next blog about marine hydraulic systems, I will be looking at how you dimension the system correctly. If you found this article interesting, please subscribe to the Side-Power marine blog. 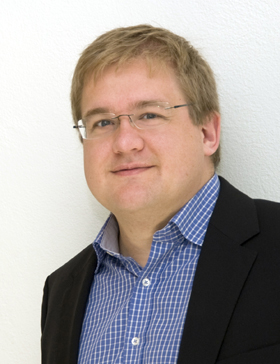 Benny Sorensen is a marine engineer and automatic technician with extensive experience from the Royal Danish Navy, where he worked with operation and maintenance of propulsion systems, weapon systems, navigational equipment, gas turbines, and larger medium speed combustion engines.