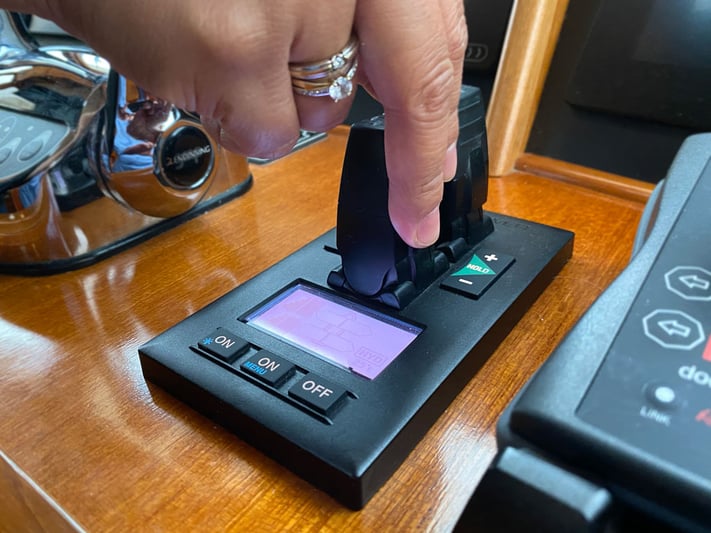 Speed controlled thrusters have been in the wind for a while now. In this article, we break down the benefits with a proportional thruster system even further.

Increasing boat sizes and number of boats have outrun the harbor space for many years around the globe, making docking more challenging than ever. Easy maneuvering has become more critical, making thrusters a standard fit in most boats, as they undeniably offer a great help while docking in challenging locations or adverse weather conditions. However, while docking in calm weather conditions, many boat owners find that using 100 percent of the thruster effect is both unnecessary and creates unwanted noise in an otherwise quiet harbor.

Put a throttle in your thruster system

But the downside of a robust system might be an undesirable abundance of effect in calmer docking situations. This is not a massive problem for most, as you can also pulse the thruster, but this can be both uncomfortable and noisy with a very powerful thruster in a quiet harbor. Considerate boaters are thereby often reluctant to use them in calm conditions, adding unnecessary stress to the docking experience.

A proportional thruster system is a different experience and provides a no-compromise solution with fully speed controlled thrusters.

Unlike on/off thruster systems, where you get a 100 percent thrust at once, a proportionally controlled system starts at a lower RPM as you throttle on. This makes a massive difference as the softer acceleration creates a lot less cavitation in the tunnel, which is the main factor for reducing noise in a thruster. As you can now choose the necessary thrust for any docking situation, docking in a quiet harbor does not need much thrust, and you can slip the boat into your dock almost without making a sound. 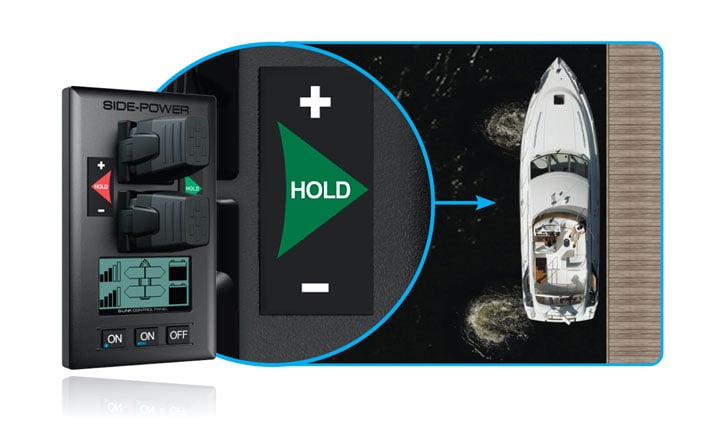 Increase the use your boat

An additional benefit is that the heat development in a DC electric motor is much less when running at reduced power, practically leaving you the option of up to continuous usage below 50 percent effect, typically just limited by the battery power available.

The extended runtime is put to good use in the unique hold-function incorporated in the most modern thruster systems. With the press of a button, the bow and stern thrusters keep you alongside the docks, freeing you to yourself jump ashore and tie the dock lines. Not only can the amount of thrust applied be adjusted. Additionally, the bow and stern thruster can individually synchronize to get a balanced sideways motion - making single-handed docking very easy indeed, even for large boats.

One of the absolute most common problems with DC thrusters is low voltage reaching the electric motor. From experience, many installations are not performing as well as they could when running on a significantly lower voltage than rated. Such operation conditions also reduce the solenoid life span and increase the risk of solenoid lock-in, so it is highly advisable to make sure that your electrical system offers the correct operating voltage to the thruster system.

Modern proportional systems are digitally controlled and monitor essential parameters such as thruster voltage. You can easily verify your levels and thereby actual performance by a glance at the system rather than a manual control done physically at the electric motor.

The proportional joystick control panels typically feature a display giving instant feedback to the user. System status, amount of thrust, and direction, as well as remaining runtime and battery capacity, is shown in real-time. Important user warnings and alarms are given to the user both on-screen and via audible signals. This monitoring also enables greatly simplified troubleshooting for most issues ever seen with thrusters as it shows both actual voltages on the thruster as well as current draw and operating temperatures.

Ensuring your electrical systems provide the necessary power to the thruster system is paramount in achieving the best possible performance and prolonging the product lifespan.

In a Side-Power proportional system, adding a radio remote provide even more benefits from the speed-controlled system. If you are docking and using the HOLD function to push the boat against the dock while you put the mooring lines on, you might wish to increase the thrust on the bow thruster momentarily to make it tight. Pushing the bow thruster button on the remote lets you do this. The increased thrust you get from the remote is an easy setup in the user panel.

I’ve now given you a few reasons as to why a proportional thruster system is an upgrade you might want to consider. Nevertheless, the resell value of the boat is also worth mentioning – many new boaters rate such equipment quite valuable when looking to buy a used boat. You might not get your investment back, but the boat would likely be more attractive on the secondhand market.

Another important feature with proportional thrusters is that they are the only ones suited to interact with a joystick-based maneuvering system. Side-Power has shared protocols with the best-known joystick system manufacturers and already implemented in most current systems available.

Most standard 12/24V on/off Side-Power thrusters produced after the year 2000 can be upgraded to proportional control. 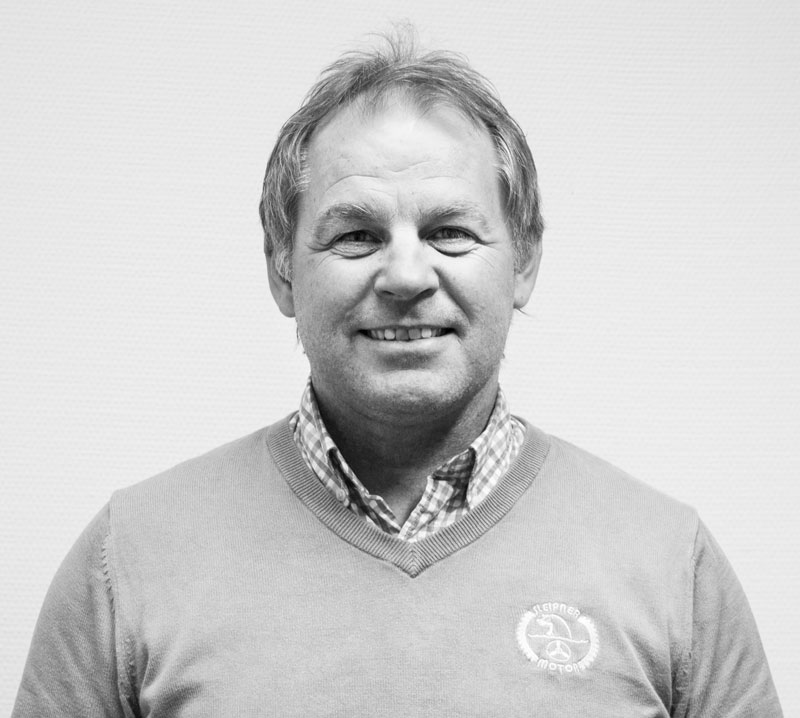 Runar Scott Jensen has been in the marine business for more than 22 years and has a broad experience with technical equipment. Runar holds the position of Norwegian Sales Director at Sleipner Motor. Like many other employees at Sleipner, Runar is often at sea himself, learning firsthand the importance of reliability while boating.