How do stabilizers affect speed and fuel consumption? 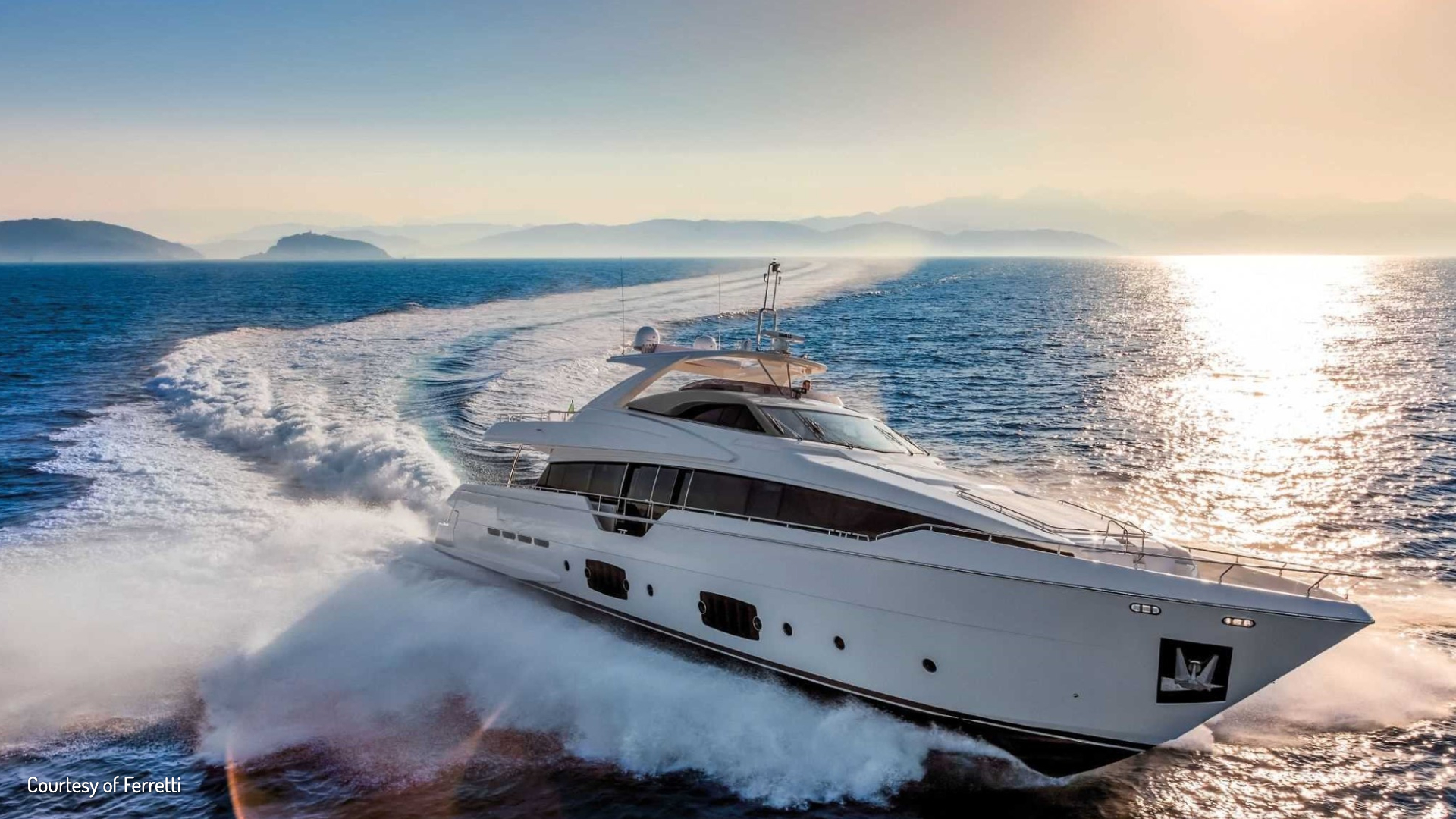 Traditionally, both fin and gyro stabilizers impact speed and fuel consumption, either by the added weight of a gyro or the added water-resistance of external fins. In this article, we highlight the various features of modern fin stabilizers that can alleviate these disadvantages.

Is it possible to influence the resistance and fuel consumption to such a level that we can minimize or even eliminate such disadvantages?

The amount of energy that must be applied to move a vessel depends on the resistance the boat meets in the water and air. Adding weight or increasing the hull's wet surface area will impact the boat's top speed and fuel consumption.

Furthermore, you have at-anchor stabilization. This has become an important feature for boaters in recent years, making the trade-off even more difficult in fin-based systems. The fins traditionally installed would be too small to offer sufficient stabilization force at zero speed. Therefore, many vessels with older systems do not have enough stabilization force, since the actual cost in terms of speed and fuel would be too high.

The overall cost of a 10 percent fuel increase during a vessel's lifetime might sum up to be quite substantial. For a leisure yacht or superyacht that does not operate 24/7, that extra cost might be considered worth it by the owner. But for a lot of commercial vessels, the additional cost might not be sustainable for a decent overall economy, leaving a lot of commercial vessels opting out of stabilization, which is a shame, as you might say that those are the vessels who would benefit from it the most.

Can water-resistance of fin stabilizers be minimized?

One of the problems with traditional flat fins is that on most v-shaped hulls, the force vector applied to stabilize the vessels is too close to the horizontal plane. This means that a lot of the applied energy goes to waste when pushing the hull sideways and impacting yaw. As a matter of fact, in some installations, the damping of the rolling motion might not affect the probability of seasickness very effectively, as the unwanted added movements of sway and yaw on the vessel counteract the seasickness improvement from roll reduction.

The invention of the curved stabilizer fins has, by some, been called a stabilizer revolution. This simple but highly effective solution eliminates many of the traditional trade-offs naval architects and boat builders had to accept in the past.

This new fin profile makes much more efficient use of the applied energy than traditional fins. The Vector fin, with so-called winglets similar to what you see on modern aircraft, will change the force vector closer to the vertical plane, resulting in far more effective stabilization and reducing the unwanted side-effects of yaw and sway significantly. With the force vector's improvement, smaller fins can achieve the same stabilization force, reducing the wet surface footprint considerably.

Another significant effect of the curved fins is that they create lift, reducing the hull's overall drag. In some high-speed yachts, the lift has offset the added drag completely, actually increasing top speed. The hydrodynamic lift generated by a fin is proportional to the square of its speed through the water, so rise from say 17 knots to 24 knots would double the lift from the fins.

Often you would see up to 10 percent speed reduction due to drag when using a flat stabilizer fin. Fuel consumption may also see a corresponding increase. With curved fins on the most optimal installations, you might lose nothing at all. Please be aware that curved fins' increased efficiency vs. flat fins will vary from hull to hull depending on many factors such as hull design, speed, installation placement, etc. However, the curved fins are to be considered a game-changer in advanced stabilization. The force distribution of the vector fins reduces so many of the disadvantages of the old-style flat fins significantly at any installation.

How will stabilizers affect cruising speeds and fuel consumption under various conditions?

The captains of vessels without stabilization will often adjust speed and course depending on wind and wave conditions. Wave pattern and direction might dictate which pace the ship can keep with reasonable onboard comfort. Usually, this means running at less fuel-efficient speeds and longer trajectories. With stabilizers, the limits of a comfortable journey expand greatly and might allow for more efficient cruising speeds, even in high seas.

Some boaters decide to detour their destination to avoid rolling and discomfort for passengers and themselves. Not always taking the shortest route at sea is, in fact, an alternative solution to the problem of roll. At times, a major detour can improve safety and comfort onboard, but the zig-zag pattern might add a substantial portion of nautical miles to the journey, impacting fuel and time consumption. Most boaters have probably done this at some time – facing the bow into the waves or having the waves at the stern.

With a sound stabilization system onboard, you will mostly be able to plot and follow the right course towards your end destination, saving fuel and time. Most captains would prefer to navigate directly to their destination without restrictions on route and time. Therefore, it is a personal choice as to which system you choose and your final solution to improve comfort and safety on board. Ultimately, it all comes down to safety, right working conditions, comfort, and pleasant boating. A bonus is that it increases the possibility of going out to sea when a calm sea is no longer a requirement.

How much does a stabilization system cost?

The cost of installing a stabilization system on a boat varies depending on whether the boat is new or used, not to mention the boat's design characteristics.

Jan Erik Johansen started in the automotive industry, working with engine and transmission development for passenger cars, trucks, and construction equipment. The first professional contact with the marine industry was as a technical project engineer for scrubber system design for passenger ships. Currently, Jan Erik is the product specialist for Side-Power fin stabilizer systems at Sleipner Motor.