How to choose the right stabiliser for your boat 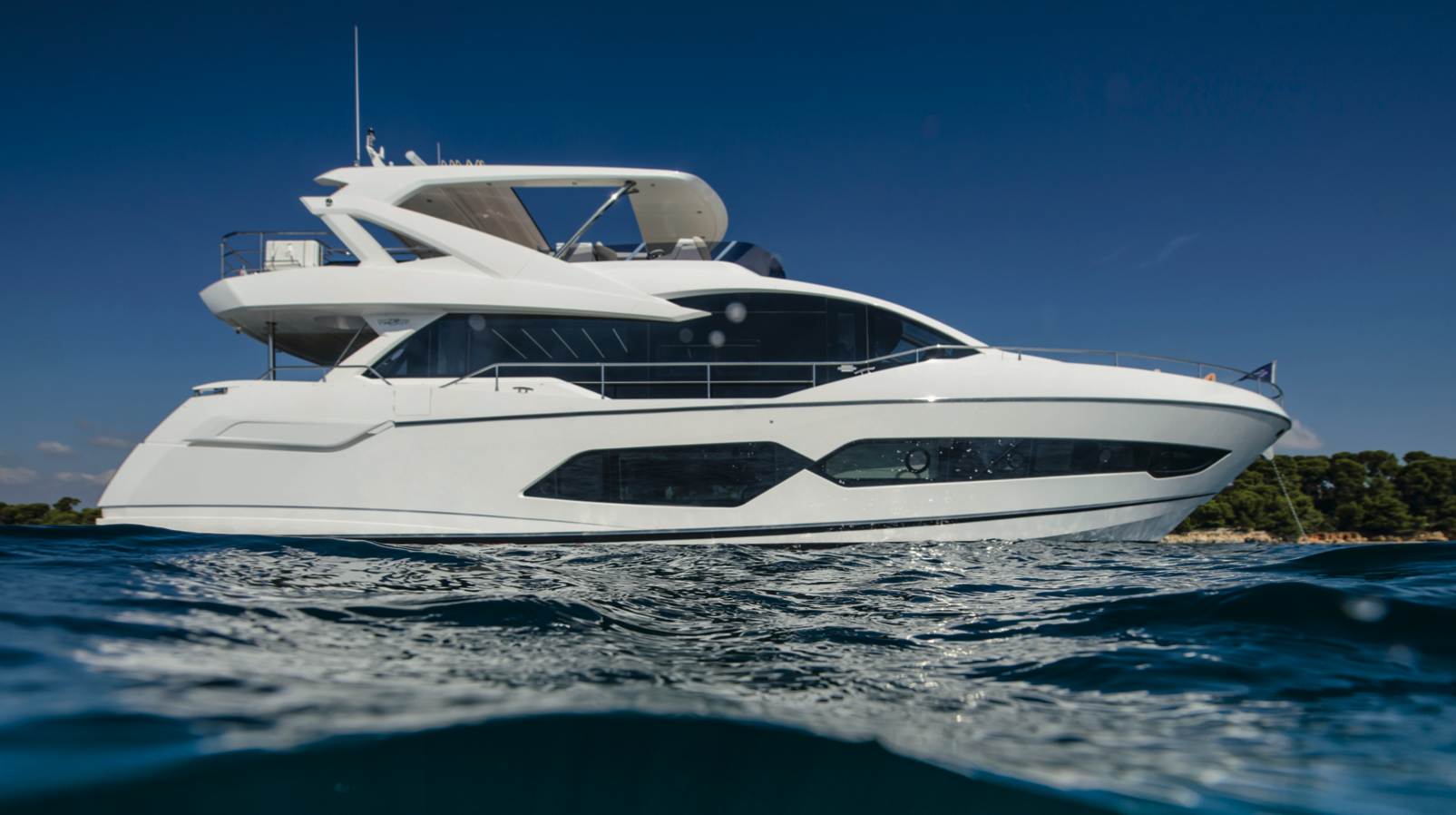 Over the last few years, roll stabilisation has become a must-have for boat owners due to the impressive increase in comfort it delivers. The dramatic roll reduction modern systems provide also increases safety onboard and as a result, allows many families to get more use out of their boats.

However, it’s not always so clear what type of stabilisation system to choose because the two leading technologies (fins and gyros) have significant functional differences, meaning that no one type suits all boats or all owners’ cruising priorities.

The key things you need to consider are:

Stabilisation is a complex topic that is often not fully understood, even by boat industry professionals. To ensure you get the correct stabilisation technology for your boat usage, the most important thing to understand is that the performance of any system is always limited. It is limited by the actual forces the stabiliser is able to generate in order to ‘fight’ the roll force that a wave applies to the boat. 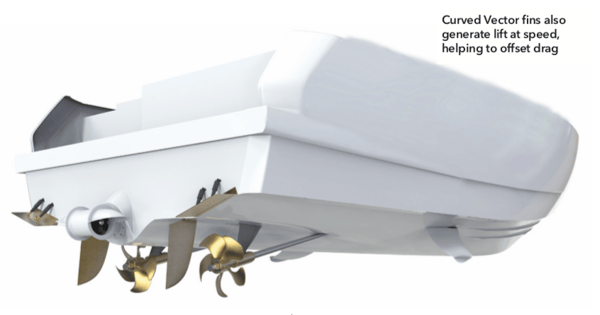 Also, remember that the roll forces depend not just on the wave height but also on the time during which it affects the boat (wavelength). Another big factor is the speed of the boat due to the fundamental law of physics; force = speed2. The number to look for is Newton Meter Second, as this reflects the total force over the whole wave and roll at any speed.

Gyro-type stabilisers are installed inside the boat and get their total roll reduction force from the precession motion that they generate to resist the roll of a boat. This also means they have the same total force regardless of wave period and boat speed; when the precession motion reaches the end of its travel, there is no more force available in that direction.

Fin stabilisers act in the water and have two ways of creating roll reduction force, depending on the boat’s speed. At zero speed or ‘at anchor’ mode, the fins rotate rapidly (flap) to generate force and like the gyro, have a definite limit and stops when they reach the end of their travel.

However, when the boat is moving forward, fins also generate roll reduction forces by the angle at which they pass through the water, like adjustable airplane wings or underwater foils. This force increases by speed squared, so the faster the boat moves, the more force they generate. Crucially, they can hold this force for as long as the boat keeps moving forward. 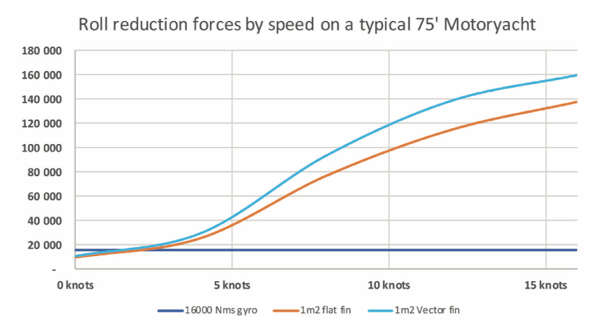 The force generated at different speeds by a gyro, flat fins, and curved Vector fins in a typical 75ft planing Motoryacht is made clear in the graph shown above.

WHICH SYSTEM IS RIGHT FOR YOU?

If your only priority is having stabilisation at zero speed, with these size choices, the gyro will eliminate more roll than the fins when anchored. However, if you also use your boat on longer cruises and want to have excellent stabilisation when cruising in the open sea between sheltered anchorages, fins have a colossal force benefit. They can reduce or eliminate many times the wave height and length of a gyro of this size. 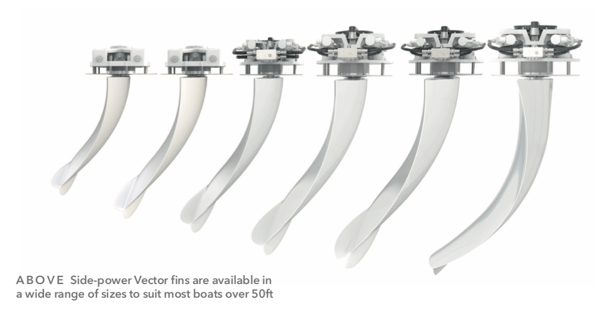 You can, of course, choose a bigger gyro (or multiple smaller ones) to increase the cruising capability, but then size and weight really start to make an impact – to match the fins at eight knots, you need to more than quadruple the size of a gyro. Alternatively, you can choose bigger fins to match the gyro performance at zero speed. Historically, the reason for not doing this was the added resistance from bigger fins causing loss of speed and increased fuel consumption, but this has now changed with the introduction of curved Vector fins.

Because these also create lift underway, they typically reduce the boat’s hull drag by approximately the same amount as the drag the fins create, making it a break-even scenario. In some cases, this even results in a small gain in speed and fuel efficiency.

There are undoubtedly many other considerations when choosing between the principles of fins or gyro stabilisers, and yet more to weigh up when comparing different brands of the two technologies. Still, it all starts with having enough force available when you need it.

For more in-depth articles about stabilisation in general and for detailed information about the performance of Side-power Vector fins, please visit www.side-power.com 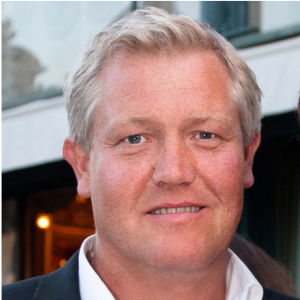 Ronny Skauen has worked at Sleipner Motor AS for almost 30 years. He is the CEO of the group and very hands-on with all our key boatbuilder partners. Ronny have always been extremely product driven with the focus on practical and real customer benefits in functionality and safety. He is the inventor of several key products and features in the Side-Power product range, amongst these the revolutionary “Vector Fins™” and “Intelligent Power Control”. His long relationship with especially boatbuilder engineering departments around the world as well as a strong practical understanding and experience, have made him recognized as one of the most competent resources within the thruster and stabilization technologies in the industry. Ronny has also been a boater since childhood himself.